< Back to the project “PROTEGER”

The scientific and technical component of the project “PROTEGER” is based in particular on the succession of three ex-situ experiments concerning vegetative propagation, germination and the monitoring of growth and functional traits of seedlings. These experiments are carried out on about forty indigenous species whose characteristics related to their propagation (vegetative or sexual) are little or not known, and which include numerous replicates.

Literature searches were conducted for each species and compiled into thematic literature reviews. 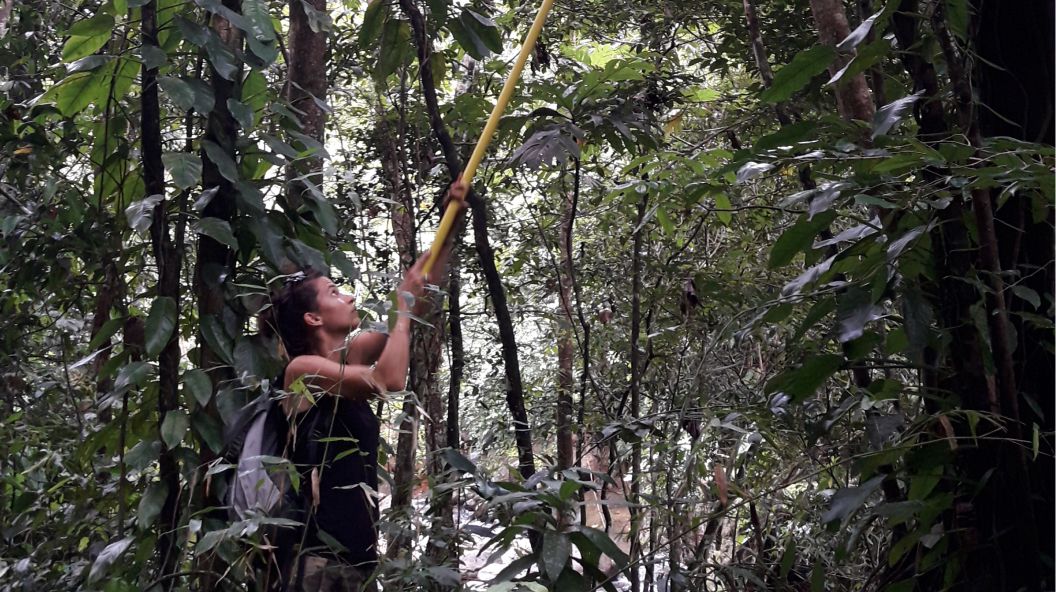 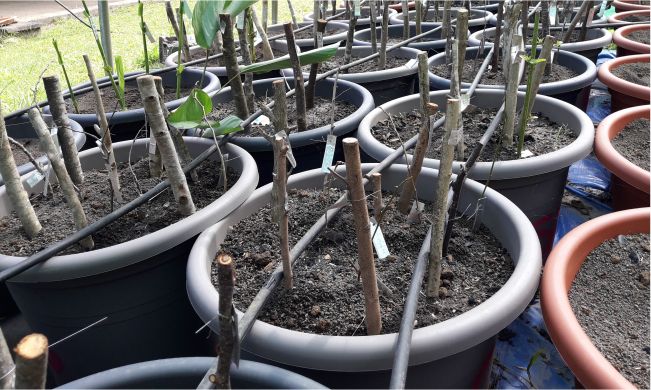 The aim of this experiment is to assess cuttings that constitute the basic elements in the installation of a bioengineering structure. The main objective of this experiment is therefore to evaluate the potential for vegetative propagation of the targeted tree, shrub and herbaceous species according to simple and inexpensive experimental methods that are close to "site conditions" and therefore reproducible on a large scale on bioengineering worksites.

The cuttings are planted in one cubic meter containers, positioned in the field with watering to maintain an adequate moisture level at all times. The substrate used is an earth/sand mixture that is quite similar to watercourse soils. Fifteen cuttings per species will be monitored. Some "aerial" characteristics will be measured during the experiment (growth, number of branches, etc.), and the cuttings will be excavated in order to take different measurements on the root system after 6 months in the ground. 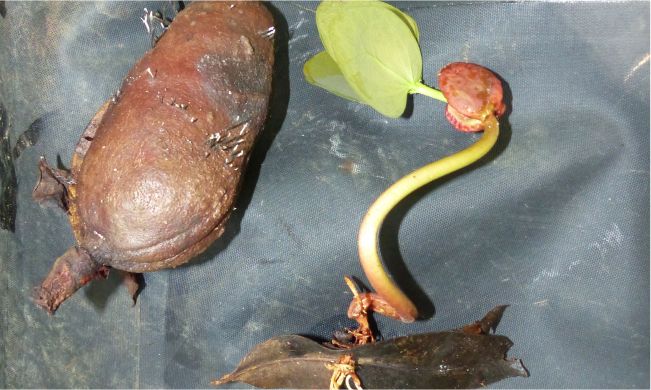 This experiment concerns species whose vegetative propagation is not controlled as well as herbaceous species that will be sown on the entire bank or gradient.

This experiment consists in characterizing favorable germination conditions for the species studied (light, temperature, humidity) as well as identifying possible dormancy mechanisms and dormancy breaking mechanisms in order to produce seedlings . This work will provide all the necessary elements for the drafting of a cultivation protocol to guide nurserymen towards the production of plant species native to Guadeloupe.

The experiment takes place over a minimum of one year in order to be able to take into account a maximum number of species. Seeds are collected from at least four individuals per species. Germination tests, carried out in conditions quite similar to those encountered in the natural environment, as well as drought resistance tests are carried out following standard protocols. 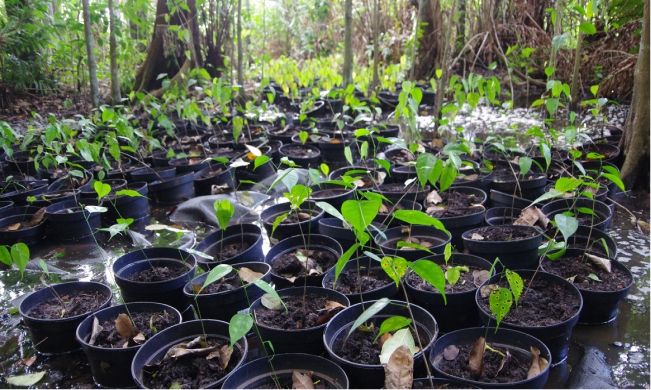 This experiment concerns species whose vegetative or sexual propagation has been controlled during the previous two experiments.

The aim of this experiment is to characterize the behavior of different species by studying their morphological and physiological characteristics useful in ecological engineering.

Seedlings will be planted in containers and extracted after several months of growth. Different traits of the individuals will then be measured to characterize their aerial and root systems.

Learn more about the species targeted in the experiments